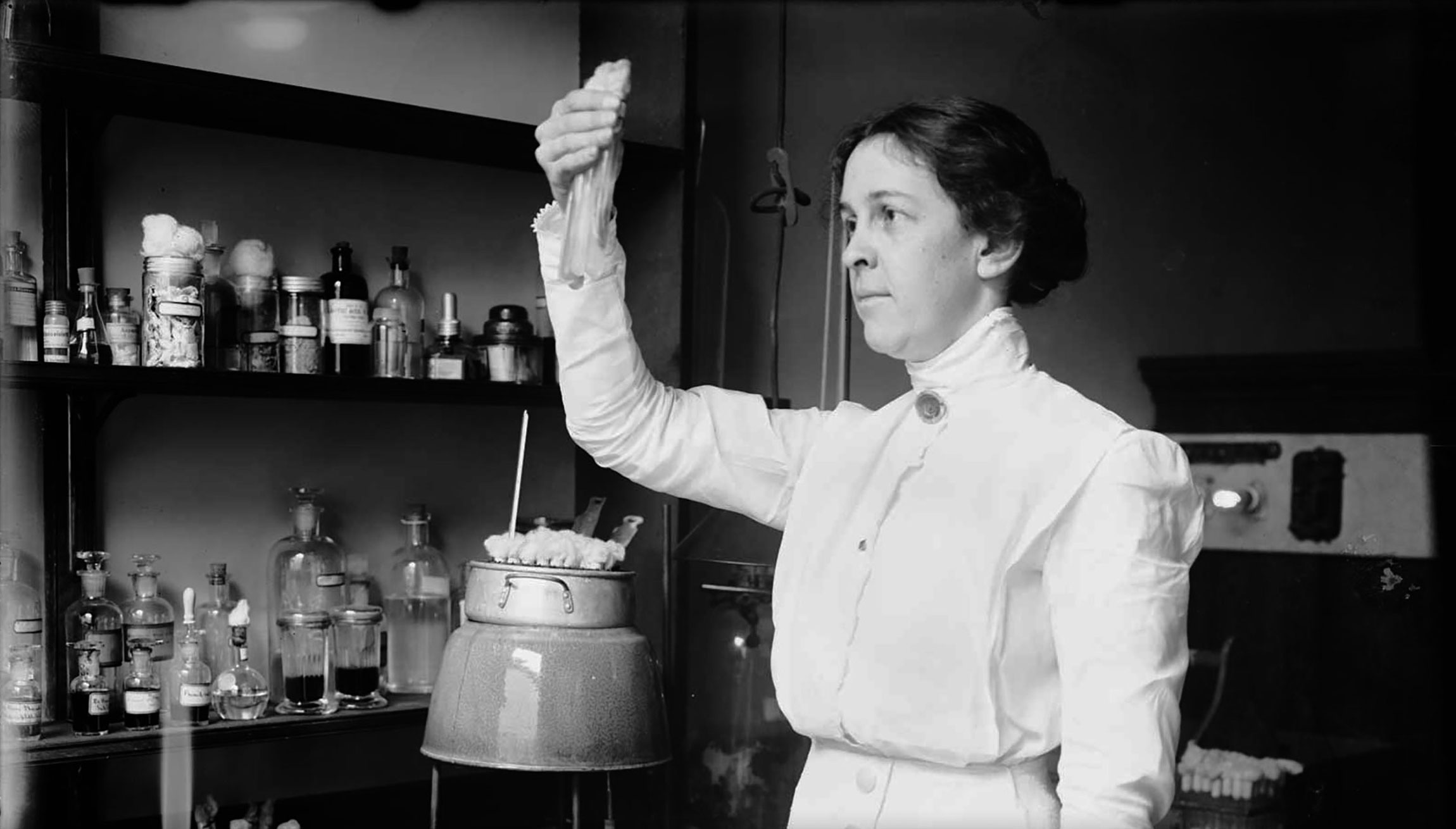 The daughter of a farmer and a schoolteacher, Alice Evans overcame scarlet fever at the age of five. She was educated in a one-room schoolhouse and, unable to afford college, she took a job teaching grade school. When she learned of a free course for teachers in nature study at Cornell University, she leapt at the opportunity. The choice proved transformative. She earned her BS in agriculture at Cornell on a tuition waiver, then her MS in bacteriology at the University of Wisconsin on a full scholarship, the first such award given to a woman.

In 1910, Evans joined the USDA in its Dairy Division at the Madison, Wisconsin experiment station. A colleague later noted, “In a state of fundamental hopelessness she plodded, like all girl bacteriologists… The best she could hope for was to hew wood and carry water for some microbe hunter whose man’s brain was fit to exploit the drudgery of her hands.”

Evans was transferred to Washington, DC in 1913 to work in the USDA’s Bureau of Animal Industry. At her first meeting, according to a stenographer there, the room full of men “almost fell off their chairs” when they realized their new colleague was a woman.

Undeterred, Evans established a specialty in fresh cow’s milk bacteriology. In 1917, she demonstrated that the bacterium “bacillus abortus" could cause spontaneous abortions in cows and the severe bacterial disease "brucellosis" in humans who consumed raw cow’s milk. She presented her findings at the Society of American Bacteriologists that year, publishing them in the Journal of Infectious Diseases in 1918.

Her work was ridiculed because she was a woman, she had no PhD, and, as one contemporary put it, if Evans were right, “Somebody much more outstanding would have run onto it long before.” She faced fierce resistance from fellow microbiologists, veterinarians, physicians, public health officials, and the dairy industry, which rejected her assertion that milk should be pasteurized.

During World War I, Evans moved to the U.S. Public Health Service (in a unit that later became the National Institutes of Health) as an assistant bacteriologist, studying blood samples from people infected with brucellosis. Through this work, Evans became infected, suffering from recurring, debilitating bouts of illness.

By 1923, scientists in Austria, Germany, Italy, and Tunisia had confirmed her findings, and U.S. doctors traced dozens of cases of brucellosis in humans to unpasteurized cow’s milk. Evans was invited to present her work at the World Dairy Congress. She prepared a paper defending her life’s work, but she was too sick with brucellosis to attend. The paper was presented anyway, which proved to be a watershed.

Over the ensuing decade, Evans presented her work to prestigious scientific and public health bodies around the world, and the U.S. dairy industry adopted pasteurization as a standard practice. In 1928, she was elected as the first woman president of the Society of American Bacteriologists.

She finished her 27-year career at the NIH by coming full circle, studying the infections that cause scarlet fever. Evans retired in 1945 but continued to advocate for women scientists for 30 more years.

She became so respected in her field that even her male colleagues called her “Dr. Evans.” In 1975, at 94, Alice Evans became an honorary member of the American Society for Microbiology.