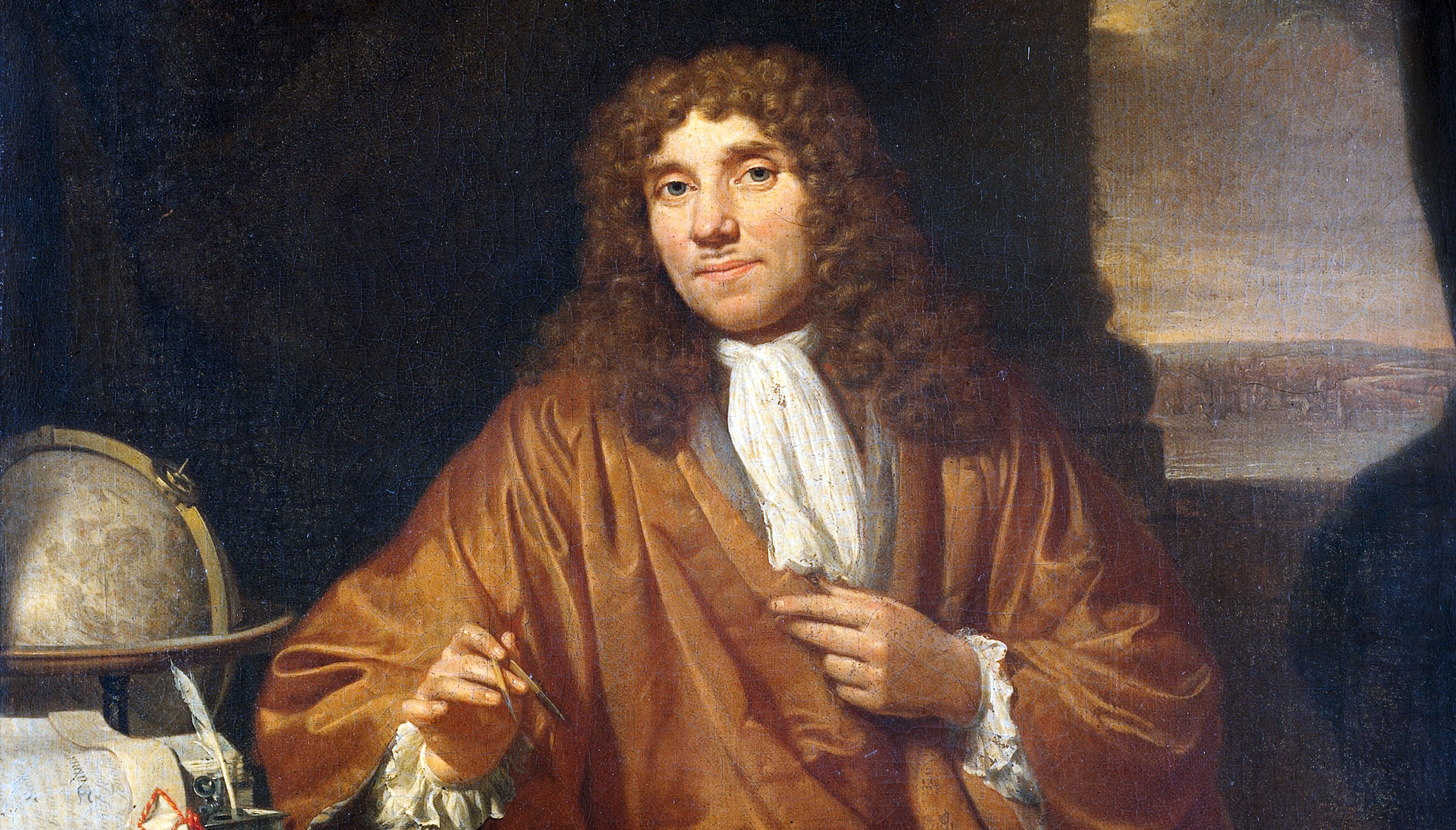 Born into a family of tradesmen in Delft, Dutch Republic in 1632, the self-taught Antonie van Leeuwenhoek was the implausible “Father of Microbiology.” His life was fraught with death; his father’s when he was five, and his stepfather’s when he was ten. His wife and four of his five children were gone before he was 34. But he consoled himself with the pursuit of an eccentric hobby: inventing lenses and microscopes.

At 16, van Leeuwenhoek began working as a bookkeeper for a haberdasher, and in 1654, he opened his own draper’s shop. Early on, he began examining the quality of fine threads with the magnifying lenses of the day, which could only magnify 20–30 times. Finding this inadequate, and seeking distraction after the death of his wife, van Leeuwenhoek became obsessed with lensmaking. He experimented with grinding glass to create his own tiny microscopes and lenses that could magnify 500 times. He began investigating fragments of biological specimens, starting with the plaque between his teeth. In 1674, at the age of 41, van Leeuwenhoek discovered single-cell life forms.

Using his own single-lensed microscopes, van Leeuwenhoek was the first person to experiment with microbes and to document bacteria, red blood cells, and muscle fibers, as well as spermatozoa. When he wrote to the Royal Society in 1676 to share his findings, prominent scientists were skeptical, challenging his credibility. Van Leeuwenhoek’s renegade approach, uninfluenced by scientific dogma, changed the course of history. Illustrious members of the Royal Society tested his experiments and, to their astonishment, confirming his findings.

He never published his work or attended a Royal Society meeting, but in 1680, van Leeuwenhoek was elected to the Royal Society.

Van Leeuwenhoek eluded death for about as long as one could in that era, finally succumbing in 1723 at the age of 90. He remained secretive about his lensmaking to the end, eschewing assistance and never revealing his methods. When he died, he left behind more than 500 microscopes and lenses in his workshop. Another century would pass before scientists learned how to make such powerful lenses, further sealing his legacy as a disruptive pioneer in the scientific community.